Why you should expect another Apple announcement within 90 days 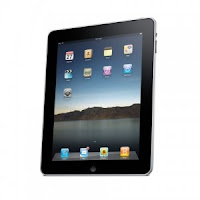 After Apple's epically long 90 minute iPad keynote on Wednesday, it has become apparent that not all of the features of the Apple iPad have been announced. Textbooks are clearly missing from the device, running iPhone OS 3.2 according to its about screen, and we could see some newspapers and periodicals appearing around the time the 3G version of the iPad is launched. Flash was noticeably missing and it's the same story once again with the iPhone - no Flash.

When and what?
The announcement would likely be after WWDC, as Apple has stated it will not be appearing at the Conference and it would need to announce international prices and carriers. However, it is unlikely that this would be a keynote presentation but would most likely come in the form of an online announcement through a press release.

Other devices:
There are likely to be other product announcements at the same time, including iPhone OS 4.0 which may be the reason why there is a 2 month delay for the Wifi device. There may even be another iPhone and/or an update to the Apple TV.

Summer Announcements:
Later on in the year there will likely be a Macbook Pro refresh and the announcement of Mac OS 10.7 roadmap (or maybe a leak). The other Apple devices are all likely to be upgraded in terms of RAM, HDD and maybe even come with a few price drops.
apple apple ipad apple slate ipad keynote mac os 10.7 steve jobs tech comment