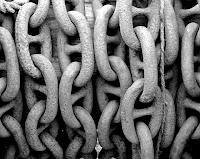 Web of Links is the weekly series which covers some of the most funny/interesting/thought provoking articles and videos I've read online this week. This week a stunning timelapse of Dubai, backing up your brain, free magazines and Yahoo buys Tumblr.

1. Yahoo Buys Tumblr - In the recent trend of big companies swallowing up smaller ones, Yahoo has bought Twitter. The price: $1.1Billion.

2. Tumblr to get more ads from next year - Unsurprising. Yahoo seems to be going down the ad-funded model like Google.

3. $50 free credit to read your favourite magazines online with Zinio - OK they may not be the British versions but they're usually pretty similar.

4. A Pair Of Artists Reveal China’s Counterfeit Cities - They're recreated parts of France with a fake Eiffel Tower and parts of Germnay in China. Incredible!

5. Sony Offers First Blurry Glimpse of PlayStation 4 Console - Microsoft is to announce its next XBOX console today, here's a glimpse at the PS4.

6. Wouldn't it be cool to have a Main Street Electrical Parade in your own home? - Disney Parks
fans with appreciate this. Incredible.

7. Yahoo's Flickr Gets Major Design Overhaul, 1TB of Free Photo Storage Space - This was one of the best announcements for me this week. Flickr looks great now and is essentially free and ad-supported for pretty much everyone.

8. Dubai Comes to Life in Mesmerizing Timelapse - Most stunning video of the week award. This really makes me want to go to Dubai.

10. When Will Humans Upload Their Brains to Computers? - A really thought provoking article. What if in the future we could just download information instead of having to learn it, or maybe you could back up your brain.

12. Study: 57% Of Consumers Worldwide Say They Would Trust Driverless Cars, 46% Would Let Their Kids Ride In Them - I would definitely put more of my faith into a computer-driven car than a lot of drivers.

13. Sony Xperia ZR Lets You Shoot Full HD Videos Underwater - Now, this is something I'd love to see in all phones. Waterproof-ness.

14. iOS 7 Concept Video Shows Off Completely New Look - Apple, just do this. Even if it looks like Windows phone.