- June 29, 2013
So today was a day of exploration as Blair, myself, and some of the girls decided to go to EPCOT. We went on Test Track via the normal queue which is extremely tedious and boring, though the designing you own car concept was fun. It was an 80 minute wait which didn’t go by quickly at all due to a very boring and slow-moving queue but we wanted to experience the car design side having done single rider before. The ride is more fun when you’ve designed your own car admittedly though.

We also went on Soarin’ which was what I expected it to be, but I have to say I was a tad disappointed because of the queues it gets which are excessive. Even WITH a Fastpass it must have been half an hour before we boarded. 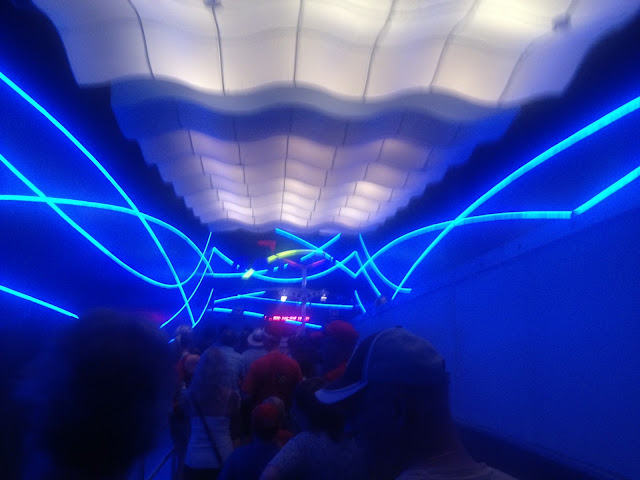 The projection technology really needs to be upgraded as the image is low quality, but you are quite high up and you do get the feeling of flying which was fun. I think if it didn’t have Fastpass it wouldn’t be nearly half as popular.

We went on Living with the Land and the Circle of Life which were educational for kids. Ellen’s Energy Adventure was a particular favourite of mine with really cool ride technology, a nice storyline and Ellen Degeneres who is hilarious of course!

The Seas with Nemo and Friends was described by everyone as “needing to be put down” - the technology was cool but it just isn’t a necessary attraction. Spaceship Earth was interesting but I did feel a bit unsafe being in that giant sphere and the descent at the end was extremely steep but it was a fun way to spend a few minutes and had interesting technology too.

We also went for the intense orange version of Mission: Space, which was exhilarating and made me feel a bit dizzy but it didn’t need all the warnings signs that Disney had in place.

After we had seen most of future world, we took a boat from Epcot to Hollywood Studios which takes an unnecessarily long amount of time because it stops 3 times at resorts at which people could easily just walk to but it was a nice, relaxing way to get around compared to a bus.

At Hollywood Studios everyone wanted to do Tower of Terror which I’m not hugely fond of as I hate drop rides. It was a walk on and by the time I was in the elevator itself I was absolutely petrified as I held on to the side much to the amusement of everyone else around me. To be honest, it was nowhere near as bad as I remember it being in Paris - I think I psyched myself out and made it feel worse than it was but I actually quite enjoyed the drops. At the end of the ride the woman sitting in the row in front of me turned around and went “He’s crying!” which I wasn’t but the whole elevator burst out laughing which made me laugh too. I wish I had the photo with my forced smile to show you.


After that we got some food and went into Fantasmic, we got decent seats having turned up about 40 minutes before the show started. It’s good that you can eat in the amphitheater while waiting and the pre-show entertainment was surprisingly quite good and really made the time fly by. Before I knew it, Fantasmic was starting and it sealed its fate as my number 1 nighttime show at Walt Disney World (I’m yet to see Illuminations but I doubt it’ll be better). Fantasmic, for the uninitiated, is a show set on a mountain with water projections, fire, pyrotechnics, fireworks, fountains and characters, and it has great music! 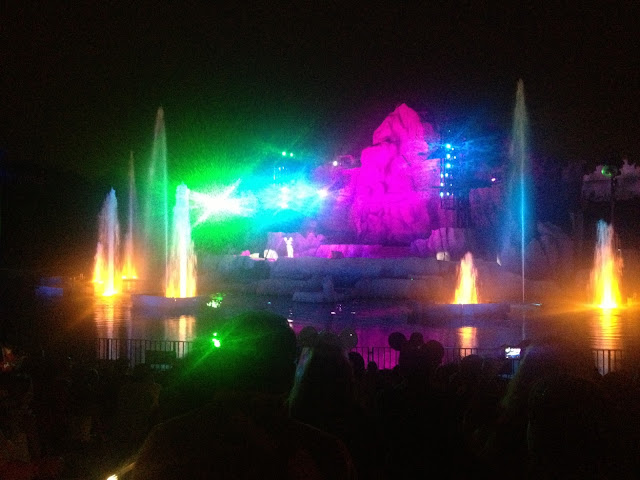 After the show, we saw two other ICPs - Johnny and Becky - and we all went on Rock n Rollercoaster which is one ride that I can say is better here than in Paris. The track layout is exactly the same but the theming is better here (Except the loading station but I’ll forgive that). It’s still really interesting to compare the differences between the two resorts.