Observations on the US 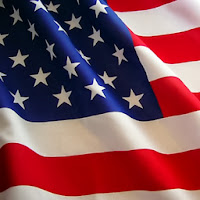 This summer was my first opportunity to visit the US. I had never stepped foot in the States and I think it was fair enough to say that I had some preconceived notions about this new place I was about to step foot in though I'm not 100% sure what they were. This post is my ramblings on what I found out about the country. Some of the things I simply found unusual, other things I appreciated, others I loathed. It is no way meant to be taken as a political commentary but I understand the the nature of the post may make it appear to be so.

1. Weight - Lets tackle this issue head on. It is no secret to the world that most of the US population is overweight - in fact the figures show that around 2/3 of people are overweight, obese or morbidly obese. In the UK it is half that number (which is already worrying). Maybe it's because I was working at Disney where the people do a lot of physical exercise - both cast members and guests - but I wouldn't say that people seemed to be particularly overweight on the most part - it definitely didn't seem like 2 in 3 people to me.

However, I did see some people of a size that I previously thought was not possible. In fact this summer whilst I was working the American Medical Associated voted to classify obesity as a disease. Disgusting.

Here are a few solutions on how to solve the obesity epidemic as observed by myself and many others I worked with:
2. Sense of national pride - Last summer when we hosted the Olympics, the whole of the UK banded together to create a country so united you wouldn't believe. This is how, in my experience at least, it always is in America - people are proud to say they're American, abandoning their past to claim their newfound nationality. I can't say it's the same here. But it's admirable. American flags everywhere, however, are not necessary.

When a  traffic light is red in America and white for pedestrians, as a driver you can turn right, DESPITE THE FACT THE LIGHT IS RED - I repeat 'RED'. This involves usually going over 2 pedestrian crossings whilst the pedestrians take their chance to cross. Although pedestrians have priority, through my experience not all drivers stop. And you wonder why people don't walk to places in the States.

4. Racism - I have never seen as much racism in a country that prides itself on inclusivity as in America. No more needs to be said. Just Google the controversy about Barack Obama. The exception I found was with younger people who seem to have grown up in a society where people from all around the world live together - these people seem to ignore race, much like most people do in the UK.

5. The TV is a joke - I could never sit and watch US TV - and we had cable in our apartments in Florida. When there is a show on there's a 95% chance it's a reality TV show, when that's not on you can flick through the incredibly biased and right-wing news channels such as FOX news, or why not sit and enjoy the 22 minutes of ads every hour. There's almost nothing remotely engaging or educational on TV. A lot of potential is being missed.