- November 17, 2013
This series of blog posts analyses the difference between the three Disney resorts I've visited -Disneyland Paris, Walt Disney World in Florida, and Disneyland Resort in California. Come explore the similarities, differences and quirks in all three resorts.
In this series I'll analyse the parks in terms of their atmosphere, offerings, attractions, accommodation, resort size, entertainment, food, the magic and their cast members. As well as giving them all a score for each category.
In the third part of this series, the spotlight is on food, the magic, cast members and we give the resorts all overall score. To read the first part of the series click here. You can also read the second part here.

Walt Disney World has the luxury of offering many different types at food, particularly throughout its resort hotels. You can go to Boma and get a taste of Africa, visit the countries in World Showcase and try Canadian and Italian food, or settle for simpler theme park fare. Prices are more expensive than comparable food outlets in the US, but compared are still affordable as far as theme park food goes. Also remember to add 15-20% to the price of sit-down restaurants for a tip. Side: The meatballs taste weird at Disney World (I think they might have cheese in them).
Score: 4.5/5 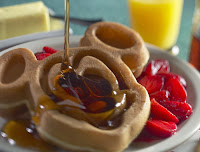 Disneyland Resort offered significantly less food options that Disney World but had some great breakfast offers, especially in adventureland. The food here was more standard theme park fare and here are definitely a lot less sit-down restaurants to eat in than at Disney World.
Score: 3/5

As Disneyland Paris is just outside Paris, one of the culinary capitals of the world, you’d expect food to be exquisite. Sadly, this is not the case. Food is generally bland and there isn’t a great variety, though the Casey’s Corner hotdogs here were the best I’ve had anywhere. There are some high-class dining experiences such as Walt’s on Main Street and Inventions in Disneyland Hotel which offer great food apparently but these are generally the exception rather than the rule. There’s a good mixture of sit-down, quick service and buffet restaurants throughout the resort. Food prices are almost twice as high as in the states, though drinks are included and in France tips are included in the price of sit-down meals. (Photo: Disneyfoodblog.com)

The Magic and the Cast Members:

The Cast Members at Walt Disney World are hugely empowered to create magic with tools such as a "No Strings Attached" meaning that damaged or lost items can be replaced. There are also planned magical moments throughout the day such as free cake buy the teacups ride at the Magic Kingdom, free desserts at quick service locations and being able to pull the sword out of the stone - all done in a seemingly random fashion. Magic is everywhere and Cast Members are both empowered, and encouraged, to create it.
Score: 4.5/5

Disneyland Resort is very much like Disney World, though I am unsure as to the existence of planned magical moments or No Strings Attached. The cast however do go above and beyond to make your day as I found out during my visit - they will do anything possible to make your holiday or vacation an unforgettable one.
Score: 5/5

Disneyland Paris cast members have no magical moments policy and No Strings definitely do not exist. Some have dubbed DLP as Disney without the magic. I wouldn't go that far but I'd say that cast members are generally not as willing to help as at the American parks, though as still generally very friendly. The US has such a focus on customer service which just can't be replicated.
Score: 2/5

Disneyland Resort - The whole park was clearly designed for when people were a lot smaller almost 60 years ago - the turnstiles are tiny and accessibility isn't as great either. Everything did however seem more relaxed and natural than at Walt Disney World, you get the same quality of service just without it feeling like it's being forced onto the Cast. The roping off of crowds during parades and fireworks is a great way of keeping walkways clear - I was very impressed with this. There is no wifi in the parks.

Walt Disney World is probably the world's safest theme park resort. Safety truly is the number one priority and it will not be lost for anything. Wifi in the parks is great. The weather being generally warm year-round is greater though hurricane season as well as the hot, humid summers can put a downer on things.

Disneyland Paris is by far the most beautiful resort and quirky thinks like the dragon under the castle are great. The rides they have are generally world class but they could do with so many more of them, especially in the studios. There still isn't any wifi in the parks.

I never believed people when they said that after going to the American Disney parks Disneyland Paris would feel less special and although I haven't gone back yet I think it's what I will feel. I would still say that DLP is my favourite resort despite what the scores below show. It may not be the most magical but it serves its purpose which is a quick getaway destination in Europe. A few more rides would not go amiss even if they are direct clones from the States. No other resort is so close to a major city though so nothing can compete with that. I hold high hopes for the future of Disneyland Paris - Walt Disney Studios is slowly expanding, the hotels and parks are being renovated, the food menus are being revised and under french contract law there should be a third theme park in just over 15 years. I just hope the visitor numbers stay high to pay for all this. It could be the perfect resort being a getaway destination and a local's destination all at the same time. 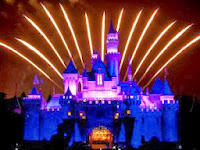 Disneyland Resort is the perfect resort for locals and I can see why it's done so well. Almost 60 years after opening it still captures a truly magical era, yet the resort is not afraid of keeping up with the times. This score is incredibly high for a resort that is a fraction of the size of Disney World - a testament to who this small theme park resort has kept up with the times.
Overall Score: 26.5/35

Walt Disney World is truly what it says on the tin - a world of Disney - it is almost inescapable when you're in its claws, but in a good way. You really do get immersed inside the Disney bubble and it's easy to see why it is the world's most visited tourist destination.
Overall Score: 29/35

Agree? Disagree? Think I've missed things? Let me know in the comments below.