The Mayor of London and Transport for London have announced their plans for the future of the capital, including a 24h weekend tube, more wifi and ticket office changes.

The highlight of the scheme is the offering of 24-hour train services on the London underground network on Friday and Saturday nights, helping to transport its 1.2billion yearly customers across the city. Trains will run at 15-minute intervals according to the Guardian. The service will be an "integrated" one, with trains running on the majority of the Central Line, Piccadilly Line, and Northern line, with full services of the Jubilee and Victoria Lines. Plans are for night bus services to bolster this new service, connecting key stations and to increase the number of lines which are part of the 'Night Tube' in subsequent years. 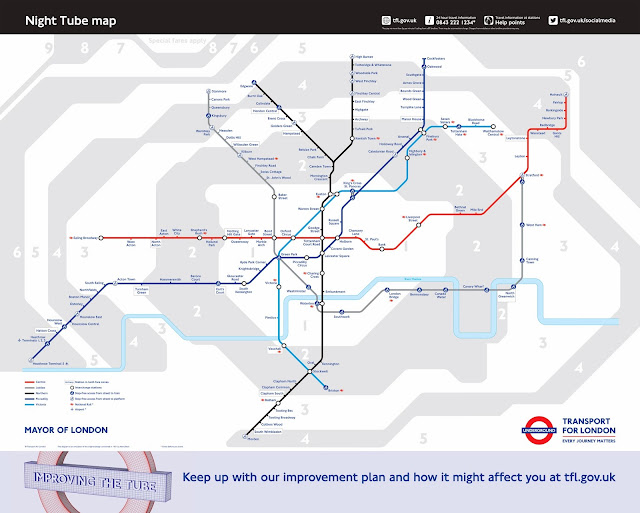 In open letter to Londoners from the Mayor of London and Managing Director of London Underground, Mike Brown, have said "we can’t stand still" as London is a 24 hour city. They hope the 24-hour 'Night Tube' will "support the capital’s vibrant night-time economy".

Pledges to increase the reliability of the tube are also top of the agenda. In a statement earlier this week TfL stated that "Across the Tube, delays to customers' journeys have been reduced by 40 per cent since 2008/09 and 54 per cent since 2003." Plans are to reduce these delays by a further 30% by 2015.

More frequent trains will be part of the new measures with Northern Line capacity increasing by 20% next year and increases in the number of hourly trains on the Jubilee and Victoria lines.

Ticket offices will be phased out across the network with TfL stating that less than 3% of all journeys using one. Plans are for station staff to be more "visible in ticket hall areas and on platforms rather than being based in a ticket office." Further promises have been made that all stations will continue to be manned during tube operating hours.

Despite the introduction of the Night Tube, with the phasing out of ticket offices 750 jobs are expected to be lost, combined with other factors this will mean a total saving of £270m over five years for TfL. Bob Crow of the RMT Union said the 24-hour train plan was "just a smokescreen to try and camouflage the real issue which is a savage cuts to jobs, access and safety". 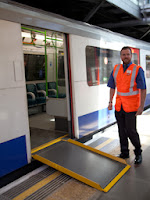 Accessibility will also continue to be improved throughout the network with 27 stations being made step-free over the next 8 years, adding to the 66 already existent ones.

Further changes include wifi roll outs to all stations by the end of 2014, contactless card technology at ticket barriers in addition
to Oyster cards, handheld technology (such as tablets) given to staff to assist passengers at stations and enhancing Visitors Information Centres at public tourist hubs.

Meanwhile, on Tuesday a public consultation into the expansion of the Northern Line started, with the aim of opening two new stations south of the river by 2020.