Working at Disneyland Paris 2014 - The Talent Pool, The Confirmation & The Details 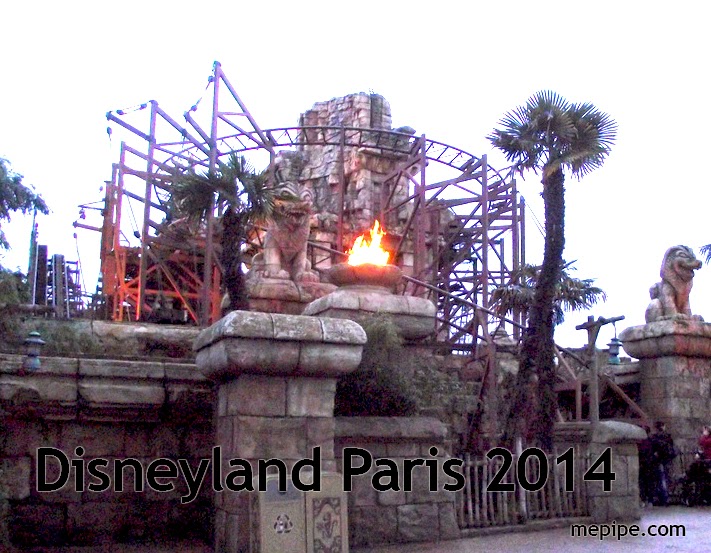 Working at Disneyland Paris 2014 - The Talent Pool, The Confirmation & The Details

This post details the process of being put in the talent pool, being offered a contract and some of the details of that contract. To read about the interview and application process for Disneyland Paris make sure to take a look this other post.

We'd been told it would be up to a 10-day wait until we found out and I had resigned myself to thinking that if it were anything like last time I worked for Disney we would only find out on the tenth day whether we had made. You imagine my surprise then when less than 48 hours after my interview, whilst immersed in the world of uni waiting for a bus, I refreshed my emails to find a glorious email telling me I had been put into the talent pool.

Some people say they have been in the talent pool for months and received no answer. As such, I had just assumed that it would be a bit of a wait for my contract. 4 weeks after being put into the talent pool I got an unexpected email on Good Friday telling me that I had an offer: a permanent contract to work on Indiana Jones et le Temple du Peril starting 10th June 2014. I was elated - it was a contract, permanent, on attractions and on a rollercoaster no less!

This meant that quite a few things started to run through my mind (mostly unrelated) so I'll try and sum them all up in one place - a lot of these are things that have changed since my last contract, others are just observations and there's no logical to their order.

1) Accommodation is not included in CDI (permanent) contracts anymore so when I emailed back asking if it was possible to get accommodation before I accepted the offer I was told yes. I have emailed the respective person and it's being sorted - I'll do another post on accommodation soon.

2) Indiana Jones et le Temple du Peril is an awesome ride and I'm really excited to be able to work on a rollercoaster. I had my heart set on Fantasyland originally as I just assumed that's where I would have been placed due to my experience but to be given a rollercoaster is awesome. If they do in-land attraction cross-training (Disney speak for training you on different ride/attractions within the same land) then there's the potential that Pirates of the Caribbean would be there which is awesome, as well as La Cabane des Robinsons which is not so awesome. However, if I eventually get trained on the Frontierland attractions too my life would be made (Phantom Manor and Big Thunder Mountain!). This would all involve being there for years though.

3) It's going to be weird going back to the Disneyland Paris way of doing things: you can't take your costumes home, can't go in the parks on your days off before 2pm [maybe and hopefully this has changed] and your life isn't controlled by the CDS computer but rather it's all done manually, work days are only and always 8 hours (with an hour lunch in the middle and breaks within that time) as opposed to Walt Disney World's seemingly random schedule of 6 hours one day followed by 14 hours the next.

4) I get to do the full three days of Traditions training which is awesome considering it was all rushed into one day last time.

5) There's going to be a lot of administrative things to sort out: bank accounts, medical records, potentially finding accommodation and more. This is going to be completely independent living - scary but very exciting.

6) My friend has just told me that "La Boiserie" has been closed for refurbishment so I guess that's why they are limiting accommodation so much.

7) I've heard there's some kind of housing assistance that we can get of about 100 euros a month buy I'll have to investigate this. If not, the outside accommodation could be very expensive not leaving me with very much to live on.

8) I was thinking about how expensive it can be to get into Paris itself but I've just found out that the monthly Navigo travelcard (equivalent to an Oyster card) since September 2012 allows you go to into central Paris and all travel zones for free on weekends and public holidays, as well as select other times (like some school holidays). This is a geat money-saver and means I'll be able to go into Paris for free which is great! With 75%-80% of my travel being refunded by the company for the zone 4-5 pass that means it'll only cost me 11.20e to get around which is a bargain and helps to offset some of the high housing costs in the Parisian region.

9) If I do have to get my own residence it should ideally be located along the 34 bus route: at least it's now easy to get the bus timetables online (something that wasn't so easy 3 years ago) - http://www.transdev-idf.com/horaire-ligne-34-pep's_051

10) I'm not going to let myself get out of shape whilst there so I've been doing my research and the FitnessPark gym seems like a great option at 30 euros per month (it is a 1-year contract however).