It's a cliché but time flies when you're having fun - and oh, how the last month has flown by. So this is my effort to update you on what's been happening. We'll start from Day 1...

Day 1 - Friday 6th June
After getting the Eurostar to Disneyland Paris, I got the train over to Val d'Europe and checked in for my contract at the Fantasia building. It didn't take more than a couple of minutes and as I had a couple of hours to spare until I had my housing meeting I went for lunch. Then, at about 3:30pm I and a few others got in a van and set off to our new apartments, everyone else was in Les Pleiades, the Disney residences and I was only round the corner from Fantasia. Nevertheless, I was happy for the ride as it killed some time.

After the others had been dropped off, I chatted with the lady who had sorted my housing. She told me she'd been working at Disneyland Paris for 20 years now and had progressed from a simple Cast Member to her job now. If there were ever a sign that there are opportunities to evolve this was it!

One of the things that I have noticed is that people who work in offices (and even in supermarkets, banks, train drivers, etc) in France don't wear uniforms and just wear their normal clothes with a name badge - how relaxed!


I signed for my apartment which involved a tonne of paperwork and then being shown to my apartment on the first floor which is nice as I have the choice of the lift or the stairs. It's 17 square meters which is...small. Yes, it's a studio flat but my first impression was "Oh...the bed's a sofa. Of course, it is. It's a studio flat". Now a month on the room seems an adequate size and as I'm on my own there's plenty of space, though I'd take a smaller bathroom for more space elsewhere. A bit more storage space would have also been nice as I'll need somewhere to keep another suitcase when I bring more stuff over in a few weeks. I was however disappointed to see that the rooms come equipped with neither a microwave nor an oven. To solve this I ended up buying a mini-oven a few days later.

After settling in, I went for dinner with Ainara who I had met at the interviews - she was in training for Tower of Terror which was cool, and we caught up. It was nice seeing a familiar face.

Day 2 and 3 - Saturday 7th June and Sunday 8th June
As my contract only started on the 10th of June, I was adamant to make the most of the days before I started. So, on the Saturday I went into Paris with Ainara and met some of her Irish friends - Conor and Lisa. We had a picnic and walked around the city centre. 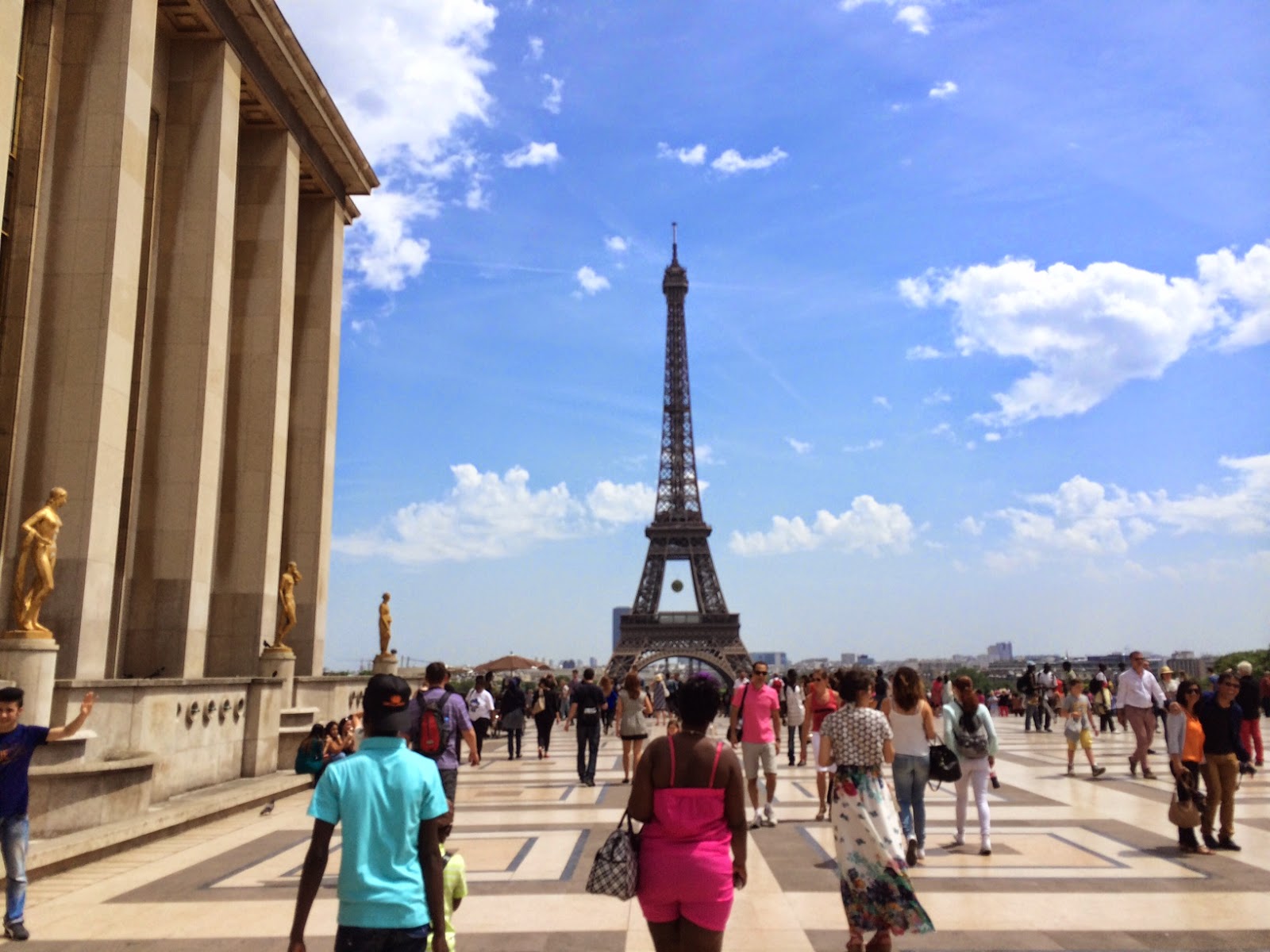 It's great to get free travel into Paris on weekends. On the Sunday, everyone I knew was working so I went back into Paris and enjoyed the sunshine and sunbathed and had lunch by the Eiffel Tower again, whilst I read my Paris guidebook - am I tourist or what? The weather over the last few days was very hot - 27 or 28 degrees which feels incredibly stuffy and warm, even more so than the standard 34 degrees in Florida I would say.

Day 4 - Monday 9th June
Today was an opportunity to see another familiar face as I had lunch with Paul who I met back when I last worked in Disneyland Paris in 2011. It was great to see him again and to get an idea of what kind of opportunities can open up to you. He moved from Fantasyland to Discoveryland, and also works as a VIP Tour Guide at City Hall. As usual, hearing stories about guests is always one of the best things about the job.

After lunch, Paul went off to work and as I couldn't get into the parks yet as my contract hadn't started, I instead went and explored the Disneyland Hotel - it is still very nice, but I have to say I prefer the Grand Floridian in Walt Disney World which looks more traditional and classic, whereas I feel the Disneyland Hotel is starting to look dated and could do with a refresh. Today was also the first day of rain which dampened (ha) things a bit.