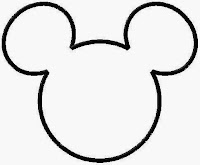 
Five years on since I did my first contract at Disneyland Paris, it seems my website has become quite the bible for future Cast Members at the resort. I still get questions regularly submitted through my blog and so I am here to answer a few more. In case you missed them, check out Part 1 and Part 2.

Here are the latest questions I've got:

33.  Q: "I heard I would be placed in the talent pool and should hear within a few months if I was going to be offered a contract for definite. When do applicants normally hear when applying for the summer contracts? "
A: Disney says they will get round to you no later than two weeks before they expect you to start. So, for a contract starting in June, that would mean you should have a reply by mid-May. Personally I got my contract offer in mid-April for a start on 10th June so 2 months before my start date. I was on a permanent contract (CDI) though last time.

34. Q: "Hey! did you have some kind of a cable for the Internet in your room in Disneyland Paris? I’ve heard that it’s possible to buy an access to wi-fi, but i wanted to"create” my own source of the Internet so it could be less expensive."
A: I was in private housing with Wi-Fi but as far as I am aware it is still Wi-Fi in all the Disney residences. Nowadays you can get a mobile contract though and share its data - though this won't allow you unlimited browsing.

35. Q: "How much money do you make working at Disneyland Paris?"
A: This depends on your job - for standard jobs like cleaning, attractions, shops, ticketing you are paid minimum wage which is about €1150 after taxes (€1450 before tax). For performing/character roles it is a significant bit more (€1800 before taxes, so maybe €1350 after). The more years you stay, the more you earn but even for those who had been there for 15 years it was less than €100 a month extra. You don't do work for Disney to get rich and you have to be prepared to make sacrifices at the bottom. Even at corporate/office level Disney often pays less than competitors. They try to make it up with other benefits.

36. Q: "I wondered of all auditions (entertaining) were spoken in English?"
A: I didn't work in the entertainment department but almost everyone was English so I imagine the auditions would be in English and the country's local language. Apparently daily briefings are both in French and English as many of the performers speak no/little French.

37. Q: "Where would I need to go t apply for a role such 'Guest Flow'?"
A: Guest Flow is never advertised to those from the UK at least, but I am sure if you mention it at interview they will happily put you down for it. Many people move to Guest Flow when they are already in the company.

38. Q: "Do you maybe have any tips for me for finding a house near Disney?"
Residetapes, ALJT Montevrain and Les Estudines are the places you should be researching in Val d'Europe. Outside of that area, it is harder. Once you're settled in you may want to share a flat with others.

39. Q: "What questions did they ask at your interview?
A: See my blog post about this here.