Initially called the Millennium Dome at opening – and home to a major exhibition – The O2 is now a dining venue with a cinema, and crucially an arena with a seating capacity of 20,000. It is one of the main music venues in London, and has the second highest capacity in the UK, after The Manchester Arena. It is the world’s busiest arena by a large margin, with 1.8 million ticket sales in 2014.

The easiest way to reach the venue is by tube (North Greenwich station) on the Jubilee Line, with a travel time of only 15 minutes from Central London. Another popular transportation option is the Thames Clippers River Express from major piers in Central London every 20 minutes.

Once a swimming pool, Wembley Arena is now a premiere music venue located right next to the behemoth Wembley Stadium. It is the second largest indoor arena in London, after the O2, with 12,500 seats.

With good transport links, and being located only half an hour from central London, Wembley Arena is a solid choice for bands playing in the city.

The Royal Albert Hall is a multi-purpose concert hall in South Kensington. The Hall has a seating capacity of almost 5,300 for performances by rock bands or pop stars, ballets or operas. The building dates from 1871, when Queen Victoria and Prince Edward opened it.

It has been the residence concert venue for The BBC Proms every summer since 1941; these are daily classical music performances, usually at affordable prices.
Dubbed “The Nation’s Village Hall”, the Royal Albert Hall is one of UK’s most important and most treasured buildings.

As well as the large, paid events in the main hall, there are also Free Music Fridays. These take place in Verdi, the Italian restaurant within the building – a different artist, or series of artists, plays every week.

Tours of the building are also available; more information on this is available in the neighbourhood guide section of this book. 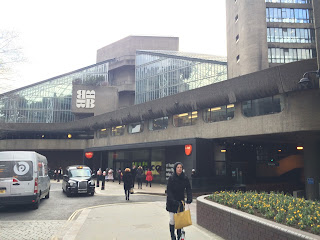 The Barbican Centre is a performing arts centre in the City of London, and the largest of its kind in Europe. The Centre hosts classical and contemporary music concerts, theatre performances, film screenings and art exhibitions. The Barbican Hall is home to the London Symphony Orchestra and the BBC Symphony Orchestra.

Personally, we are not fans of the building’s layout or architecture but it is a Grade II listed building meaning it may not be demolished, extended, or altered without special permission from the local planning authority. That ensures that the Barbican is set to stick around for quite a while.

The interiors are pleasant and there is always something different going on, but be sure to check what is showing in advance before visiting to avoid disappointment.

The Southbank Centre is one of Britain’s top arts institutions and a large arts complex.
The 21-acre estate runs from County Hall to Waterloo Bridge, and is Europe’s largest center for the arts, averaging 3 million visitors per year.

Also in the complex are the Hayward Gallery, Jubilee Gardens, the Saison Poetry Library and the Queen’s Walk.

With a seating capacity of 2,500, the Royal Festival Hall was officially unveiled in 1951 as part of the Festival of Britain. Today it is a world-renowned concert hall for music, dance and literature.

The Hayward Gallery features visual arts across all periods and has a very diverse set of exhibitions. Past shows featured works of Leonardo da Vinci, Eduard Munch and French Impressionists.

The Queen Elizabeth Hall, Purcell Room and Hayward Gallery closed in September 2015 for essential repair and maintenance. They are due to open in 2018.

A four-screen cinema venue showing over 2,000 classic and contemporary films each year, with film seasons, director and actor retrospectives, and extended runs of cinema classics.

View over 1000 hours of free film and TV in the Mediatheque, visit the library and film shop, and enjoy two of the Southbank’s best restaurant bars.

Founded in 1933, BFI cares for the BFI National Archive, the largest film archive in the world containing 50,000 fiction movies, over 100,000 non-fiction ones and around 625,000 television programs. This library of moving pictures is not exclusively British.
The British Film Institute aims to celebrate British and international filmmaking success through exhibitions, publishing, DVD releases, festivals, and education.

Pricing is: Adults –  £10.65, Concessions – £8.35, Children (Under 16) – £6. If you are 25 or under and register online, you can get tickets for any showing for just £3 with valid ID, subject to conditions.
arts barbican barbican centre bfi british film institute greenwich live music london London guide north greenwich o2 arena royal albert hall the barbican things to do things to see wembley