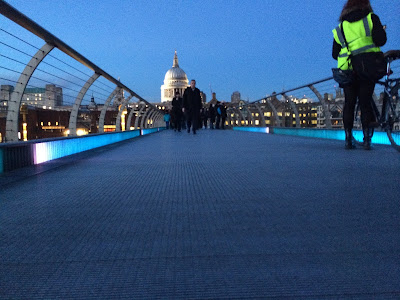 The Millennium Bridge is one of the newest crossings of the River Thames and links The City of London (and St. Paul’s Cathedral) with the Tate Modern and Shakespeare’s Globe Theatre.

The bridge has been nicknamed the “Wobbly Bridge” due to an engineering disaster when it was first unveiled. As people crossed the bridge, their walking patterns created a force causing the bridge to sway. It had to be closed only a few days after opening in order to fix this issue, and re-opened two years later. Nowadays, it is a permanent non-moving structure, which is perfectly safe to cross.

The bridge allows you to get beautiful photos looking down the river towards Tower Bridge, and is also well-known for having been destroyed by Death Eaters in the sixth Harry Potter films.
bridge city of london harry potter london London guide millenium bridge river thames southbank tate modern thames