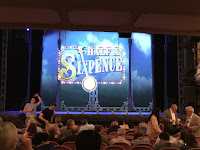 As well as shopping and museums, culture buffs have no shortage of things to do in London either. The West End is the heart of the theatre district with musicals, comedies and dramas galore. If live music is more your scene, that is catered for too.

The following sections are being added progressively.

Musicals have been a staple in London for years and there is a wide array to choose from.

See of coverage of plays including comedies and dramas here, including: Harry Potter and the Cursed Child, The Woman in Black, The Mousetrap and The Play that Goes Wrong.

Dance, Opera and Other Performances

Whether you fancy a bit of ballet, contemporary dance or opera, London’s performance scene is thriving.