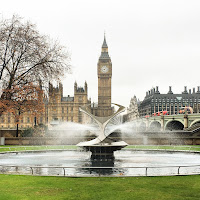 Westminster is well known for being the home of the UK government, with the Houses of Parliament being where debates are held. There are also countless governmental buildings down Whitehall. Westminster is also well known for the large Westminster Abbey which is the location of coronations, and was where the Royal Wedding between Kate Middleton and Prince William took place a few years ago and The Queen's Coronation took place in 1953.

Immediately next door are the areas of Victoria and St. James’s where Buckingham Palace is located, as well as the busy Victoria Station. Victoria is home to a lot of accommodation for both locals and visitors alike. The area was largely just fields until Queen Victoria moved into Buckingham Palace in 1837, and the development of the area began.