- January 03, 2012
Today was just not my day, there weren't that many things that went majorly wrong but all together it made for a really crappy day. First of all it was very, very cold. So cold that I had to put on chauffe-mains and chauffe-pieds to keep both my hands and feet alive and warm. Then I almost missed my bus, then I forgot my ID so had to get in through the booth which wasn't too bad but annoying - no ID meant no money on the card so I had to withdraw cash and pay with that.

Then I forgot my pen in my locker which meant asking people for a pen every time I go to work at dispatch which is very annoying for both the other people and myself. I was denied the tour de show of Casey and had to stay in the dispatch booth instead to set up the ride which is annoying as I still haven't been on this ride which I am supposedly meant to know...one of the Cast Members said to me "It's just a train with some music" So? That sounds great! 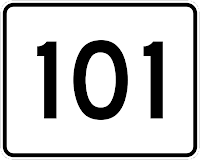 Then during my break I dropped one of my gloves in the loo so it was all wet, thankfully the water was clean, after that at lunch I lost one of my gloves - but not the wet one... I went and lost the dry one -_-. We had two 101s today: one just 2 minutes after opening which I wasn't there for the other when I was on unload so I had to keep people behind the line as other CMs reassured guests on the other train and evacuated them to the station. I had to apologise to the guests for them being sat in the cold for so long. They were understanding, but obviously not pleased.

Storybook was down almost all day too, at first intermittently but then all day continuously which then warrants the fun job of telling guests it's closed because of "technical problems" and we don't know when it will be open again. After work the bus stayed at the bus stop in Chessy for absolutely ages and it was freezing as the doors were open!

The night was much better - I spent the night on my bed with Francesca and Katy [not what it sounds], Jamie was there too - we chatted for hours on end, played some music and then went to sleep at 2:30am. A nice end to a crappy day at work.