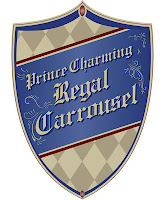 Day 17 - Wed, 19th
In the morning I went to my social security appointment. This meant being on a bus for 6am as they opened the social security office two hours early for Disney employees. It didn’t take as long as I thought it would; the whole process took less than 2 hours including the journey both ways. Back home I decided to go back to sleep before work.

Today was another fairly short shift at work from 5PM to 11:45PM which meant that I would be there at closing tine. Not really very much to report except that I got to watch Wishes as I was on exit glasses and there weren’t really many guests in the theatre during the fireworks.


Day 18 - Thurs, 20th
Today was set to be my longest shift ever from 11am to 11:15pm with 4 breaks.  Thought it would be long but manageable. After lunch at about 3PM I started to feel unwell. I’m not sure if it was the amount of rubbish processed food I’d been eating (it’s really hard to eat healthily here), the heat, dehydration, or a mixture of all these but I had to leave my position at one point (warning graphic alert) to go and throw up.

I put in a request for an ER (Early Release) which was granted and I ended up working until 20:30PM which was still a long-ish day but I definitely needed to go home.

An average shift for me at Disney starts about 5pm and runs until about 11pm or midnight. Today, was another one of the longer shifts from 3:30pm to 11:15pm - pretty average day of greeting, telling people to move down rows, etc. The only really unique thing today was that when it rained I was assigned to keep the exit to Philharmagic clear - this involved about 3 cast members shouting and telling guests that they cannot use the exit as a rain shelter (as every 10 minutes up to 450 people come through). Not everyone was pleased but rules are rules and are there for the guests’ safety.