I and Emma left for Universal at 9 and took the Lynx bus, arriving at 10am. We went to Universal Studios first as we really wanted to do some of the newer rides as we knew they’d be busier later into the day. We queued for Express Passes before we went inside but when we asked for the queue times everything was 20 minutes or less, except Despicable Me. We decided that we wouldn’t need the Express Passes then. The price incase you were wondering - for unlimited rides on everything except Forbidden Journey that day was $107 per person. And that was on top of what people had paid to get in to the park. There was also no annual pass discount offered.

We headed straight for Rip Ride Rockit which broke down whilst we were in the queue. 40 minutes later we were on the ride. The lap-only restraint worried us a bit but when we were seated we found that it was actually surprisingly comfortable and kept us very well locked in.

The fact that you choose a song was great and we went for Daft Punk’s “Harder, Better, Faster, Stronger” which I thoroughly recommend choosing. The ride was great, the vertical chain hill was intense but was over quickly and the really cool loop-that-doesnt-go-upside-down felt awesome. This had become my new favourite rollercoaster in Orlando.

Then we rode Transformers. The regular queue was 100 minutes but we got on in 16 minutes by using Single Rider. It was good but not worth the hype and incredibly similar to Spider-Man.


We then rode Revenge of the Mummy, the first time it was a 20 minute wait. The queue is really creepy and has lots of interactive bits. The ride was really cool with the car going forward, backward, turning and with fire, smoke and more.


It's really fun even if it doesn’t go very fast. We then re-rode it again in the regular line but went for the front row this time. This was even better though the row I’m in doesn't really make a huge difference to me.

We then went to guest relations as we wanted a nice sit-down meal somewhere in the parks. We had seen during our last visit that Mythos was rated the number 1 theme park restaurant in Orlando and wanted to reserve lunch or dinner. A very nice English lady who was called Janey helped us get these reservations. We decided that we’d go for dinner at 6:30pm instead of going for lunch, as the only lunch time they had available was at 3:30pm which was still 3 hours away.

After having made the reservations we looked around for a quick service place to eat and ended up eating at the Monster’s Cafe. To be honest the food wasn’t great, it was expensive even with an annual pass discount and the portions were tiny. I had a quarter chicken and chips and a drink for the same price that I could have got a much better tasting half chicken and chips at EPCOT. Emma gave me her grapes and I gave her my brocolli and we were both happier. Universal is fine with you ordering a kids meal though if you want which is nice.

After that we went to watch Shrek 4D which had seats which moved around a lot which probably wasn’t the best idea after lunch but it was only a 15 minute wait. The show itself was quite good though.

Then we went over to Islands of Adventure and soon realised that this wasn’t the best idea - Hulk was down for weather, as was every outdoor attraction, which was pretty much all of them. We tried to go on Jurassic Park but it was down for weather too, so instead we went indoors and got a coke. It wasn’t even raining yet but if it’s anything like disney, whenever there is lightning within 7 miles the outdoor rides are shut.

We then visited Hogsmeade and once again admired the great theming.


A show was starting here in the Wizarding World but we couldn’t really bare the terrible fake English accent so left. We went back towards Jurassic Park as the coasters in the Harry Potter land were running so we knew outdoor rides were back. We must have been in the queue for Jurassic Park for 10 minutes when it was closed for weather. We stuck it out for an hour and a half total and then rode it, moving slyly from the single rider line to the regular line as a lot of the guests had left it. When, the ride reopened it was still raining a bit, we didn’t really want to get wet but we stuck through it and it was a great ride. The drop was absolutely huge though and I wasn’t expecting not to be able to see where I was going which probably made it feel bigger than it actual was.


The ride was really well themed with the huge doors between areas like the film. I’d love to have taken photos but I’m sure my phone would not have survived. Then we went over to Seuss Landing and rode The Cat in the Hat ride which was surprisingly spinny and fun. 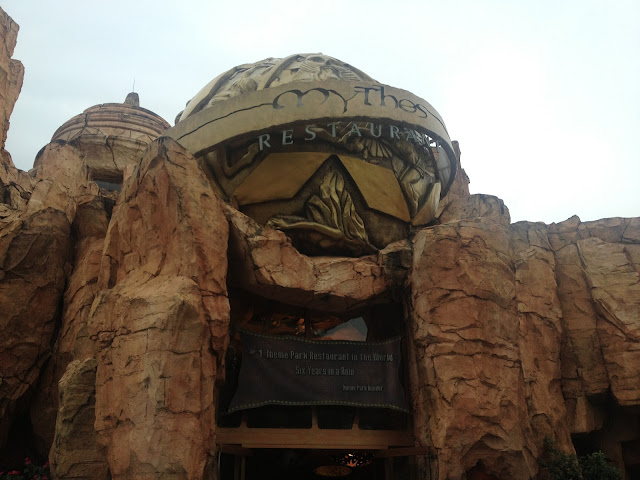 We then walked over to Mythos and were very excited for our meal. I chose the Asian Salmon which came with wasabi mashed potatoes and spring rolls. 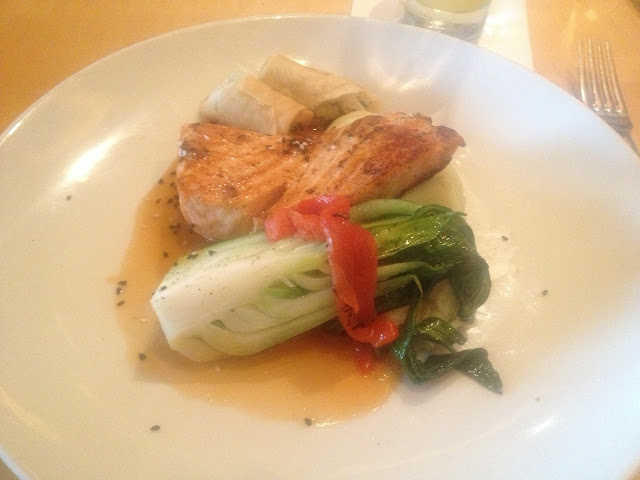 It was absolutely incredible and was priced at $20. In total my bills was $30 with tip which I thought was really reasonable, including a mini dessert and two orange juices, though I didn’t get a starter. It was the best meal I’d had here in Orlando and it was great to have a full service meal instead of burgers and fries all the time. The service wasn’t great to be honest - they were polite but inattentive, but the theming inside was outstanding.


We had noticed that the Hulk was running so we rode that after a half an hour wait and the Hulk then easily surpassed Rip Ride Rockit to become my favourite coaster - not just in Orlando, but ever. The sheer size of the loops was incredible, it was really comfortable and smooth, and it was just a lot of fun. I’d never done a rollercoaster of that size but absolutely loved it all the way through. It was so, so good! 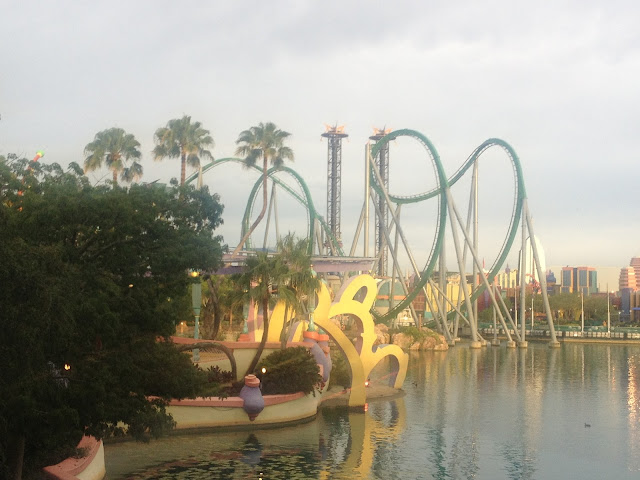 After that, Emma wanted to ride Doctor Doom’s Fear Fall which after having seen it up close doesn’t look too bad or fast. I’m not 100% convinced I’d go on it though knowing how much I disliked the Tower of Terror. Then we got our stuff from the lockers for the Hulk, ran to Harry Potter and to Dragon Challenge to get in line before park closing at 9pm and we ended up being the last ones on the Chinese Fireball (red) dragon. This was really fun and we’d chosen the back row as we knew it was the fastest. It was great!

We then went over to the Studios park again as I wanted to see the Universal Cinematic Spectacular. Emma wasn’t bothered and wanted to re-ride Rip Ride Rockit. The cinematic spectacular wasn’t great. I expected it to be more of a fireworks show but it was just projections with randomly timed fountains and a few quiet fireworks. I wouldn’t again stay to re-watch it again deliberately. Emma meanwhile did Rip Ride Rockit and she said it felt much faster and rougher on the back row. 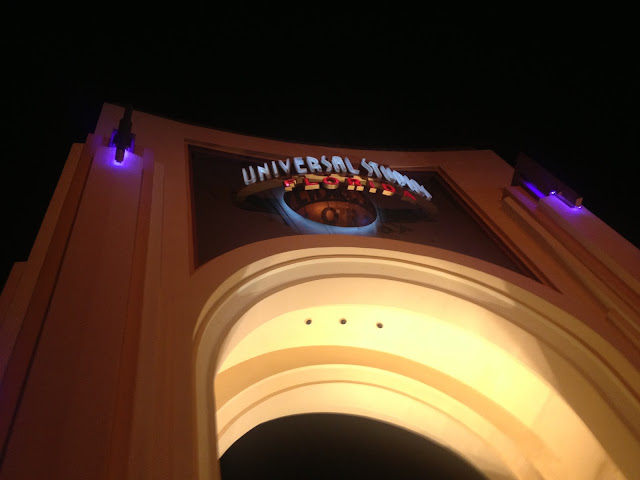 We got a cab home for $15 each instead of the bus as it was an hour until the next bus and in the cab we were home in less than 20 minutes. It’s odd but my favourite days here in Orlando have both been at Universal - I guess their rides are just more extreme and I usually make a day of it too. Disney needs to watch out as far as rides are concerned because Universal is beating them by a mile!