I got up at 9am - my body clock seems to be set to that time.I also booked my family’s hotel with cast member discount which is between 40 and 50% which was nice and I spent a few hours updating this blog.

In the afternoon it was time for my first visit to Animal Kingdom where I arrived around 3 o’clock. It was raining quite heavily all day and so the park was fairly quiet. 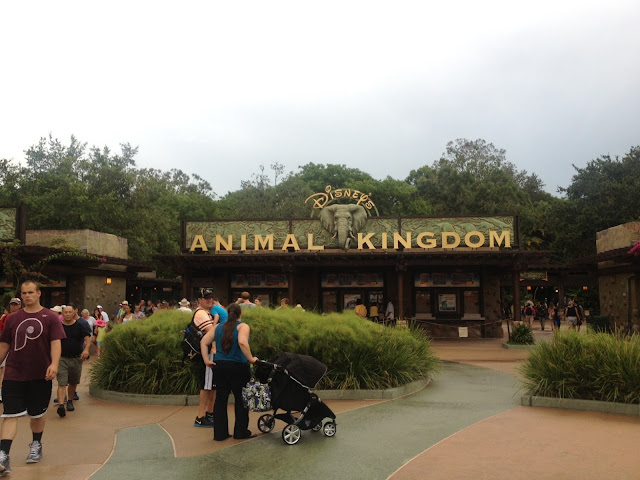 We got a fastpass for Dinosaur and rode Primeval Whirl which was fun if a little rough. Then we did Dinosaur which was quite good with a really cool ride system and a good storyline. It is very loud though and I’m not sure kids would find it hugely fun. 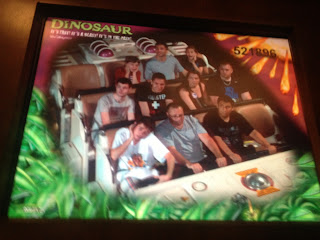 We did Expedition Everest through single rider and got in in 15 minutes. Single rider is definitely the best way to ride as you can do so much more in a day. It was fun but I think the rain pelting down ruined the experience a bit. It does go very high up though but then doesn’t seem to gather as much speed as it could. It’s cool though and I’d like to experience it when it’s not raining for the full experience.

We rode Kilimanjaro Safaris next and the Cast Member asked us where we worked as the water bottle I had clipped onto me gave us away. It was a good ride but people do try and stand up to often which is a safety concern as the guide has to shout at them. I got some really cool photos though and we got to see the lion which apparently is pretty rare. We also then explored the Pangani trail which was mostly just a lot of walking with few animals.


We had dinner at the best named restaurant in Disney World - Restaurantosaurus in Dinoland- and got Cast Member discount which we don’t usually get at quick service places but because there’s not really any full service places we get discount everywhere at Animal Kingdom. The bus home felt like it took ages but was just 40 minutes. It’s just very far away in terms of distance.