- August 25, 2013
13th Aug
Once again, somehow we managed to enter the Universal parks around 9:40am but this time we headed for Universal Studios first. Rip Ride Rockit was first via single rider and I was on within 15 minutes. Then I wanted to re-ride the Mummy with my brother as it was only a 10 minute wait and my parents went to see Disaster. The plan was to meet in front of Men in Black.

Whilst on Revenge of the Mummy our train stopped on a block brake, an automated announcement came on and we sat in near darkness for about 10 minutes. The lights came on and I knew we were going to be evacuated. A message played confirming this and we were evacuated so we got to see the Revenge of the Mummy ride with lights on which essentially is a big building with black curtains everywhere and a rollercoaster track going through it. It was my first coaster evac! And we got to see backstage at  Universal which surprise surprise is exactly the same as at Disney - boring steel containers and unpainted walls. I could tick a coaster evac and seeing backstage at Universal off my invisible bucket list though. Once we were evac-ed, we were given a re-admission slip as compensation which allowed us to skip the line for one ride of our choice. 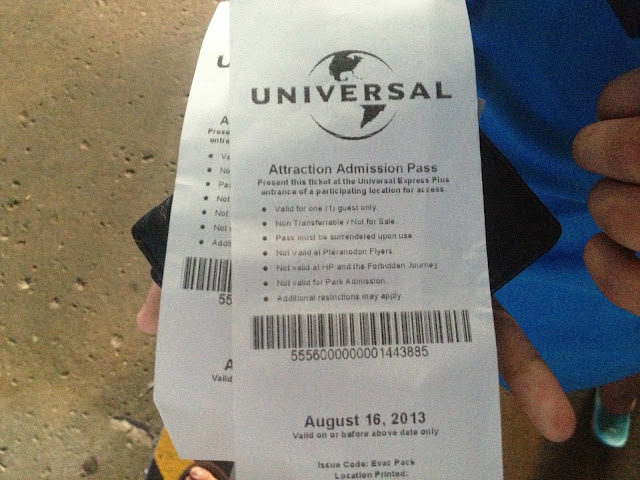 The new spinning ride Twirl n Hurl in the Simpsons area was next. It’s just like Dumbo but you can target the Simpsons characters whilst going round. It’s been opened for only a few days so we were one of the first people on it! I also got a photo with Duff Man and Chief Wiggum. 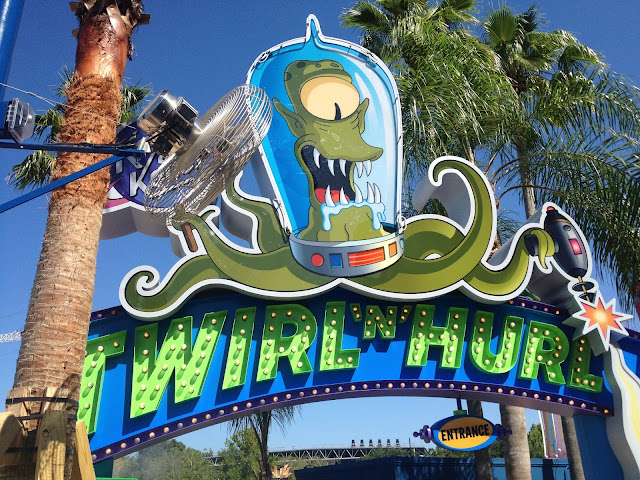 The ET ride was next, along with the Woody WoodPecker kids coaster. Animal Actors was next and it was a below-average show; Flights of Wonder at Animal Kingdom is ten times better. We all enjoyed Terminator 3D which is still astounding as to how good the 3D effects are and how well everything works together. Shrek was also good though I got a lot more wet this time than I last remember. Transformers and Despicable Me both had queues of 100 minutes and no-one was particularly fussed about them so we ventured over to Islands of Adventure.

There was really only one goal here - to ride Jurassic Park. We used our re-admission slip to skip the line which was great. I and my brother were in the front seats and we got drenched. I got so much more wet than last time I rode it.

I wanted a last ride on the Hulk before I left so I waited 20 minutes for that. Then, my entire holiday came full circle: the first ride I experienced in Orlando was the Amazing Adventures of Spiderman and that’s how I finished it, with it being my last ride. It was fantastic as usual and I can’t say there’s any other rollercoaster else like it - it is just pure fun.

Thinking about it, my favourite 3 rides in Orlando are all outside of Disney World - Number 1 is the Incredible Hulk, Number 2 is Spiderman and Number 3 is Harry Potter and the Forbidden Journey. If I had to choose a number 4 it’d be Manta at Seaworld. 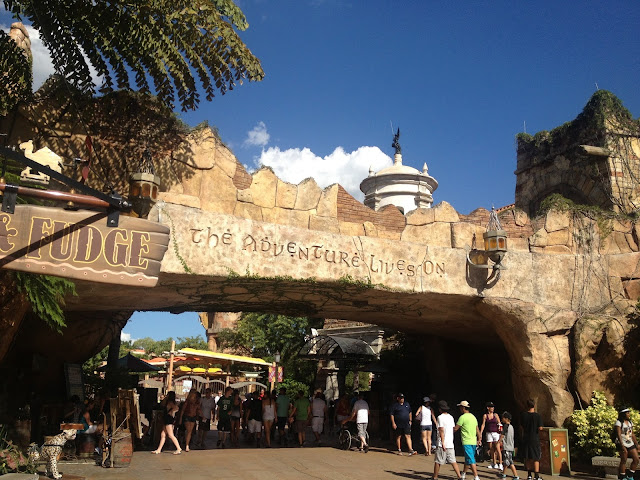 Overall, everyone in my family was really glad they came to Universal and said it was great to see something different - something other than Disney.


14th Aug
Today the only thing in the plans was to return our car so we slept in a bit. We went to Premium Outlets to get me a Disney holdall for my travels to New York and Los Angeles. It was only $10 and our baggage space was getting more and more limited as we begun to pack.

We dropped off the car near Magic Kingdom and used our return shuttle service to take us to Wilderness Lodge, instead of our actual hotel. I showed my parents around the hotel and they both loved it saying that we might even stay there one day. We got one of the boat launches over to Fort Wilderness which was nice to see. It really is a campground and it was my first visit to this resort so that’s another one ticked off the list.

After that, we got a boat launch over to Contemporary for lunch at the Cafe which is really laid back and I bought a second Kingdom Keepers book to keep me entertained even though I was only half way through the first.

We went back home to Pop Century, relaxed and then I went to watch the fireworks at EPCOT from the fifth floor of our hotel. Admittedly you couldn’t see the ball or the water fountains but I timed it to a recording on YouTube and heard the music looking back and forth from my phone and the real fireworks in the distance. It was a bit odd but I’m glad I did it.

I walked to my room, grabbed dinner and finished packing. Tomorrow we’re off - my parents and brother are going back to London and I’m off to New York. I’m so excited!