- September 01, 2013
23rd August
Today was a day back at Disneyland and Jack’s last day - I still had all day today and tomorrow morning and afternoon to enjoy the parks. We got there for park opening and rode the Alice in Wonderland ride which was actually quite cool and felt like a very long ride. They should definitely add it to the other parks!


We spent most of the day re-riding favourites and went back to the hotel to relax for a bit too. The Matterhorn Bobsleds which had been closed for the whole of our visit opened in the afternoon. This was a cool attraction to go on but it is a really, really rough ride and definitely shows its age, but it was cool to ride a classic nonetheless!

In the afternoon, we met up with my friend Courtney from Disney World and we all rode Radiator Springs Racers which was once again fun and we did a few other rides. Then we had a very ambitious plan which I and Jack had come up with - see all three night time shows on the same night. And would you believe it - apart from missing the first 4 minutes or Fantasmic because we were eating that’s exactly what we did, and we got a great view of the fireworks and World of Color! 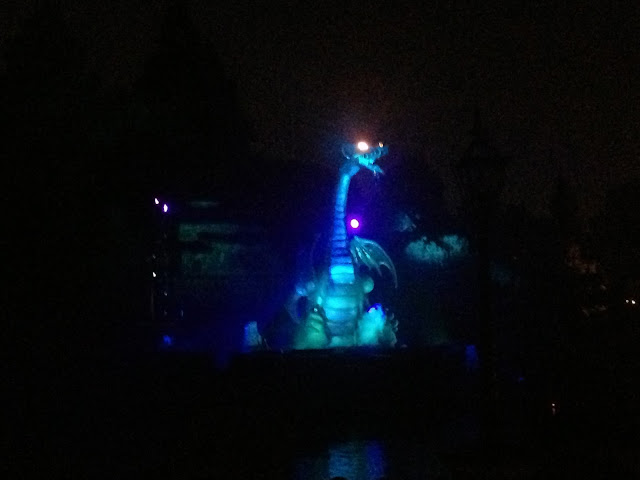 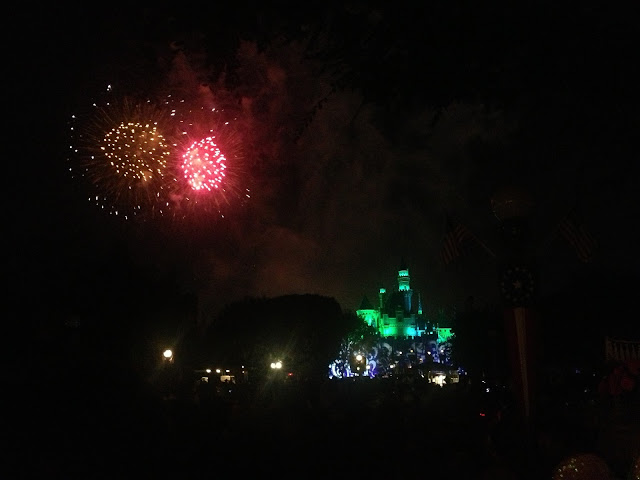 We even had time in between Magical and World of Color to get some graduation pins from City Hall. Jack earned an Honorary Citizen pin by answering a pretty tough question on the spot - name the first 10 Disney princesses.


World of Color was a great end to the night and it was sad to leave it behind, but that just attests to how much of a spectacular show it is.

24th August
Today I got up relatively late as there wasn’t much of a rush to do anything in the parks as I’d done it all now. We checked out of the hotel around 10.30am and I left my bag in the storage area which was so useful as I’d checked with Cast Members and there is no luggage storage at Disneyland at all which shocked me!

I spent the morning at California Adventure and did my favourites there - Soarin’, Grizzly River Run (I got soaked and didn’t have a change of clothes before my flight so this proved a terrible idea!), and California Screamin’. Unfortunately Radiator Springs Racers was down.

I then spent the next few hours with Courtney and her parents and we explored Fantasyland, rode Pirates, Haunted Mansion, Indiana Jones Adventure and then Matterhorn. Space Mountain was down too but I wasn’t fussed considering all it does is spin you in circles. And that was it... my last ride was the Matterhorn. It wasn’t just the last ride in Disneyland, but the last ride of my summer and there couldn’t have been a more fitting way than to end the summer than on a 50-odd year old rollercoaster that according to Wikipedia was the “first tubular steel continuous track roller coaster ever constructed”. I was at the original Disney theme park, I was with a great friend for life I’d made that summer, I was all the way on the other side of the country and it was all coming to an end. I bid my goodbyes and promised Courtney we’d see each other soon, whether in Disneyland or back in the UK.

Side note: If you want a general overview of my time in Disneyland make sure to check out my photo trip report with over 150 photos here.

I left the park by getting the monorail over to Downtown Disney, walked back to my hotel, got my suitcase, walked to the Disneyland hotel, explored the lobby and caught the Disneyland Express to LAX.

I checked in (and I’d cheekily upgraded to Premium Economy in the hope I’d sleep on the flight home) for my 10pm flight and was shattered. Whilst checking in, the check-in agent asked if I’d like to be moved closed to the exit and away from the toilet which was nice as it’d be a better seat.

By the time my flight came around (I got there four hours early!) I’d watched an episode of Breaking Bad, had dinner, explored the shops and charged my laptop fully - the airport has free wifi which is great by the way! When boarding I noticed how lucky I had been to get my new seat - it was a bulkhead seat with no more seats in front of me - I could actually stretch my legs all the way out which was great. Premium Economy was worth the upgrade - we got a welcome drink, very attentive service, food on china plates, wider seats and by a stroke of luck I had all the leg room I could ever want - and they even brought us leg rests in that row.

I watched Les Mis whilst on board which was a great way to pass the time, read a magazine I'd bought, had dinner and surprisingly even got 2 hours or sleep which I didn’t expect half way through the flight. The 10 hours fly by and the English breakfast was just what I needed before we landed. Maybe one day I’ll pay the extra £1400 to upgrade to Upper Class and get a fully flat seat bed, eh?  - Not anytime soon but the upgrade to Premium was 100% worth it and I had a great flight.

My whole family greeted me at Heathrow which was nice as I was only expecting my mum and brother, but my dad turned up too. I arrived about half an hour early, immigration was a breeze thanks to my biometric passport and not even needing to see a border agent anymore. My suitcase was unfortunately damaged somewhere along the way at LAX, BUT luckily for me it had been taped shut and not a single thing was missing despite the fact it had clearly been ripped open by a conveyor belt or something - even my iPad Mini was there so I would to thank the Virgin Atlantic staff as it was wrapped very well in fluorescent orange tape!

As we drove home it had hit me that only a few hours before I’d been in Disneyland, I’d been in California and so much had happened that summer - that’s always the way it is; it felt like a dream. I made so many great friends and I would not have changed the experience one bit. Thank you to Disney and the US government for making the experience possible, thank you to the friends I made, and last but not least thank you to you for reading this blog series. I will be doing a full reflective post soon and a Q and A page as well for all the questions I’ve got from you - until then, see ya real soon!
airport california california adventure disneyland disneyland california heathow heathrow airport international airport lax los angeles united states us USA WDW ICP