Working at Disneyland Paris 2014 - The Beginning (Applications Process and Interview) 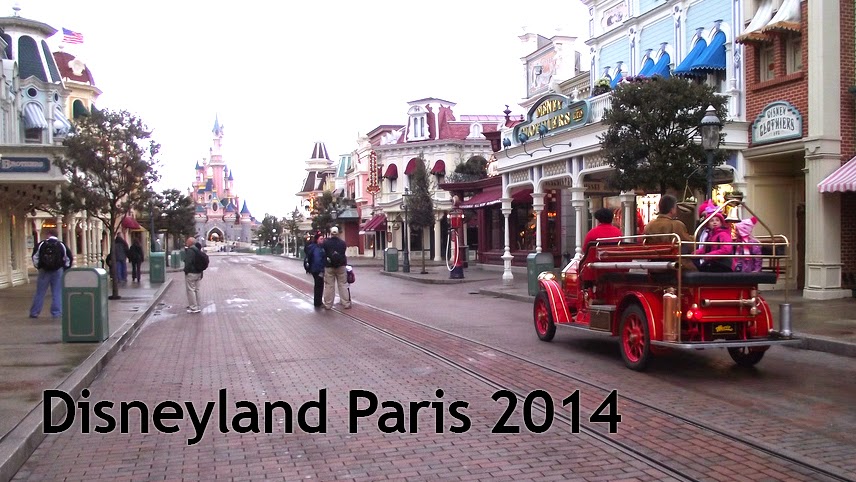 Working at Disneyland Paris 2014 - The Beginning (Applications Process and Interview)

This all seems like déjà vu, but I will in fact be going back to work at Disneyland Paris! Last time I worked there, in 2011, I had a great time and after working at Walt Disney World last summer I knew that I wanted to work in a business that was customer-facing and there's hardly anything more guest-oriented than working at Europe's most visited tourist destination. It's time to once again be a Cast Member for the third time in just as many years. This is a big move however, because it is permanent - this isn't a short-term contract but a full-time job offer. Before we delve into the details though let's take a look back at how I got to this point.

The Application Process:
After applying several times online and not hearing anything within the 3 weeks I was told I'd hear back by, I decided to email my previous recruiter about this and said how much I wanted to work for Disneyland Paris again and that this time I wanted to make a long-term career out of it. Within 24 hours I had an email back with an invitation to an interview in London. The excitement begins!

The Interview:
The Presentation
The interview came up before I knew it in March - this time it wasn't located in central London anymore but instead it was at the ESCP Europe school on Finchley road in North London. If you are interviewing here Finchley Road & Frognal (Overground) and Finchley Road (Metropolitan/Jubilee lines) are the closest tube stops. Even from these it is a good 15-20 minute slightly uphill walk to the school though you can get a bus if you want.

Once I arrived I went through to a waiting area that was in a cafeteria. Promptly, at 9am, we went into a lecture theatre ready for the presentation - there were probably around 50 of us there. This was already quite different to my initial interview experience which was in a conference-style room. Everyone was still very formally dressed as was everyone in my previous interview in 2011. "Should I wear a suit for my interview?" I hear you cry. Yes, it definitely fits in for those who are wondering.

The briefing presentation went on for about an hour and was very professional with a well-made powerpoint/flash presentation and the recruiters were great too. It was definitely an improvement on last time and the presentation had a few videos and questions throughout, and it was generally more entertaining. To be honest, I didn't learn anything from the presentation as nothing had really changed since I had worked there but I felt that there was a lot more information in it than last time so candidates are better prepared when they arrive at the resort. They have also created a website called Before Your Landing which contains a tonne of useful information that we only used to get on arrival - the important bits are only accessible once you have a job offer. In general it all seemed very well organised.

During the presentation the awkward question of "Do we have any ex-Cast Members here?" came up and I put my hand up. I thought other hands had gone up too, but it turns out they hadn't as when no-one knew the answer to a question it was left to me to answer in front of everyone. I didn't want to come across as all-knowing or anything so it was just awkward.

After the presentation we were left to organise ourselves and I ended up as part of a group of four so we paired up for the interview. This time instead of everyone sitting around people stood up and queued so we ended up doing this in the end which was annoying as I'd rather have just sat and waited my turn. When you reached the front of the line in this cafeteria style area you then got called up to go to a waiting room. Once in the waiting room, you...waited... and then the recruiters came in there and called you into the interview room by pairs. I appreciate this is a bit confusing but it'll make sense when you're there (in my 2011 interview it was just a case of going into the room next door when called in). However, all this moving around did mean that I got more of a chance to meet people which was really nice.

The Interview
I don't think I have ever been so nervous for anything. Despite telling everyone not to worry and that the interviewers were really nice, I was really nervous. I think it was the fact that I knew I was going to be questioned on several things: a) Why Disneyland Paris again? b) Some random question about how awesome was Disneyland Paris before. c) What about your degree?

The interview came round and it was held in pairs. The girl I paired up with was called Eloise and she got to go first which meant that I had to sit there and listen to her answers as I got more and more nervous. When it came to my turn it was actually fine though: we had a chat about the possibility of moving into the communications department long-term and my interviewer said I could apply internally for when positions came up as I wasn't eligible for the apprenticeship-style opportunities because I am finishing uni in just a few months. We also had a chat about my graduation as I mentioned whether it would be possible to have 2 days off together and she said she couldn't see why not. I imagine this will still be a case of speaking to my manager at the time though as I doubt this has gone down on my file for the scheduling department this far in advance. Finally, my interview asked me about: a) What about my degree? and b) A question about my best guest moment, as I had predicted. I hadn't prepared an answer for either if I'm honest which looking back on it seems stupid as I knew I would be asked these questions. I seem to have thought fine on my feet though which is reassuring. When they asked about my availability, I gave them seasonal availability as well as full time availability meaning that my options were kept open. We were told we'd hear back within 10 days.

I came out of the interview really uncertain about how it had gone with no indication of whether I had done well or not, so I didn't feel particularly confident about the situation. In fact, after regrouping I ended up repeating this fear about twenty times in front of everyone which is just annoying - sorry guys! After the interviews all of us that had waited together went to Nandos for lunch, exchanged Facebooks and then waited for our confirmation or rejection emails.