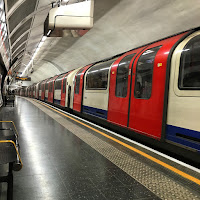 The London Underground (also known as the “tube”) is the world’s oldest underground railway system, having first come into operation in 1863. The Underground is constantly changing and evolving, and has helped make London what it is today.

How big is the London Underground?

The system has grown to 270 stations, 250 miles (402km), and on a busy day the tube carries over 4.8 million passengers. Wherever you are in central London, it is never more than a 10-minute walk to a tube station, making the Underground a great way to get around.

The Underground is made up of eleven lines; these connect with the Overground, TfL Rail, Elzabeth Line, DLR and National Rail systems.

The Underground is currently going through a huge refurbishment and upgrade program and all the trains and stations are being modernised. Upgrades are expected to be ongoing and continuous for the foreseeable future, with expansions and updates being planned as far in advance as 2033.

For the most part, if you ask the question "Does the underground go to [Destination X]?" the answer is almost certainly "Yes" - especially if that location is within central London.


How busy and safe is the London Underground?

As with any other major city, at peak times, the Underground experiences heavy overcrowding and stations are frequently temporarily closed in order to avoid the overloading of platforms. It is uncommon to board a train at peak times and find a seat. Standing room can be very limited too.

The upgrade program aims to improve this through better layouts, faster trains and a more frequent train service. Capacity on some lines will increase by up to 65%.

During off-peak times of the day, it is an entirely different experience and finding a seat is far from a challenge. Trains continue to run frequently (every 2 to 4 minutes through the centre of the city), but less frequently than at peak times.

The Underground system is clean, efficient and safe - the Hammersmith and City, District, Circle and Metropolitan lines have air-conditioned trains.

What are Zones on the London Underground?

The Underground, Overground, National Rail, TfL Rail and Docklands Light Railway operate on Transport for London’s zonal system. This categorises stations into zones depending on their distance from the centre of London. Stations in the immediate centre are in Zone 1, those furthest away are in Zone 6. The main zones are zones 1 to 6, with only a few stations in extended zones numbered 7 to 9. Zones are used to calculate fares. Crossing more zones means a higher ticket fare.

You only need to know your destination station name and staff can figure out what ticket you need, but if you purchase a Travelcard it is useful to know which zones you require.

If you are visiting the city centre only, Zones 1 to 2 cover all of the centre. As a visitor you should rarely have to travel further than Zone 4. It is important to note that zones do NOT apply to buses, where there is a flat fare.

Accessibility on the London Underground

As far as accessibility is concerned, the system is far from fully accessible. This was not considered when the Underground was built over 150 years ago; advances are being made, but visitors with limited mobility should check before they travel for the best route as wheelchair access is still very limited.

Next stop announcements are made either with sound on trains and on most lines this is accompanied by a scrolling message on an on-train display.

Trains run on the underground at very frequent intervals and it is uncommon to wait for a train in central London for more than 4 minutes. A frequency of 1 to 2 minutes, or less is the norm - especially at rush hour. The Victoria line operates a train every 100 seconds at peak. This makes the London Underground a very efficient way of getting around.

The Underground is not a 24-hour system. The first trains leave depots at about 5:00am, with the last trains returning at 1:00am. This allows for a 3- to 4-hour gap for maintenance work.

If you need an early or late train, particularly on a Sunday, check the timetables at tfl.gov.uk – on Sunday trains start up to 90 minutes later than on weekdays, and service ends about an hour earlier than the rest of the week.

Does the London Underground operate at night? (Night Tube)
On Friday and Saturday, the tube offers a 24-hour service on the majority of the Central line, Victoria line, Jubilee line, Northern Line and Piccadilly line. Trains run at intervals of every 8 to 20 minutes, on the nights of Friday to Saturday, and Saturday to Sunday only.

The Overground and DLR are set to follow suit in the coming years and months.

Due to licensing restrictions and the ever-changing London Underground map, we do not include the official map in this guide. We recommend you download the PDF map of the underground from http://content.tfl.gov.uk/standard-tube-map.pdf. This does not include National Rail services, but does include the Overground, TfL Rail (and/or Crossrail) and the DLR.

We recommend you have this on a mobile phone or print it out. Free printed maps are available at all Underground stations.

Over 250 Underground stations, including entrance halls, platforms and escalators have high-speed Wi-Fi access. There is no Wi-Fi on-board Underground trains themselves or in the tunnels between stations.

Customers of Virgin Media, EE, Three, O2 and Vodafone get free access to this Wi-Fi. Other passengers may purchase a Wi-Fi pass access directly on their device by connecting to the network.

All passengers can connect and see the status of the tube lines without having to buy a Wi-Fi pass.

There is no mobile phone coverage on the London Underground so you will be unable to call or send text messages. This is set to arrive in 2019.
accessibility london London guide london underground night tube operating hours public transport tfl transport for london wifi zones