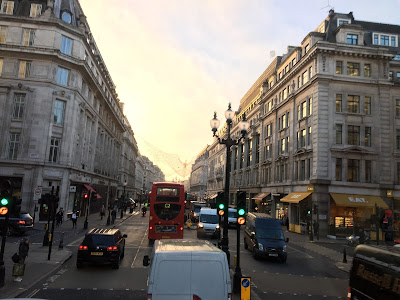 Regent Street is yet another popular shopping road in central London. It links to Oxford Street at Oxford Circus.

Generally speaking, this location features more of a mix of pricing styles than Oxford Street – here there are more affordable stores stood next to the likes of Burberry and Swarovski. It is by no means, a luxury shopping destination in the same way that New Bond Street and Old Bond Street are.

Regent Street was the world’s first shopping street, having been built in the 1820s and rebuilt 100 years later. The facades of all the buildings are lined in Portland Stone, with few exceptions. Today, the street is managed by The Crown Estate, and it was originally designed for the Prince Regent (who later became George IV).

Notable locations on the street include: