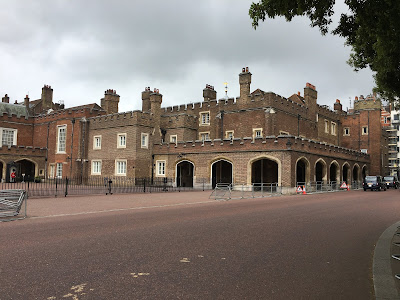 St James’s Palace was largely built during the 1530s, under the reign of Henry VIII, and has been home to monarchs for over 300 years.

Interestingly, despite the fact that all monarchs since Queen Victoria have lived at Buckingham Palace, St. James’s is still the monarch’s official residence.

Today the palace is used primarily for charity events where members of the royal family are often present, as well as offices for many royal functions. The palace also contains the London residences of The Prince of Wales, The Princess Royal and Princess Alexandra.

Although the palace is not open to the public for visiting, it is still worth walking around the outside, particularly as it is located just down the road from Buckingham Palace.