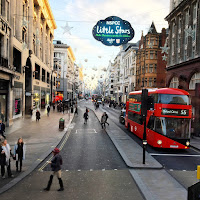 Transport has always been, and will always be, fundamental to London. The city is large and getting 8.6 million residents around, plus millions of visitors every year, is an incredible feat.

London has always innovated in this respect, opening the world’s first underground railway in 1863. It has one of the largest bus fleets in the world with over 9,000 buses on 675 routes. That is, of course, in addition to the Docklands Light Railway, National Rail services, the London Overground, the river services, trams and taxis, which are all integral to London’s transport needs.

London’s public transport system is incredibly varied and this section goes into a lot of detail. If you will be spending all your time in central London only (and using public transport), then the Oyster Card, Bus and Underground sections will be the most relevant to you. If you are planning on venturing further afield, there is a huge amount of other important information covered here.

So far we cover the following topics: