London: Things to do and Events in January

London: Things to do and Events in January 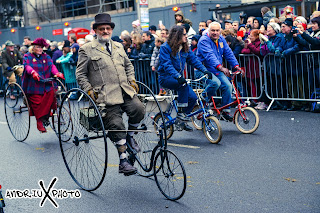 1st January 2018
Over 10,000 performers take to the streets of London on New Year’s Day to celebrate in style. Having been performed yearly since 1987, this is now a big international event with over 600,000 spectators present every year and a TV audience of over 300 million worldwide.

The parade route usually starts in Berkley Street (by Green Park), makes its way up to Piccadilly Circus, turns down Haymarket, goes around Trafalgar Square, down Whitehall, and ends in Parliament Square by Big Ben and the Houses of Parliament. Admission is free. Local roads around the parade route are usually closed to traffic from 04:00 to 18:00 on this day.