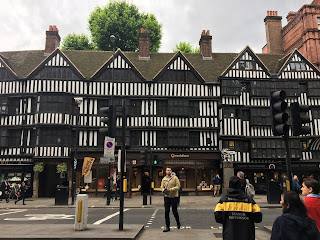 The City of London (or just ‘The City’) is an area located right in the centre of London itself. Having been founded by the Romans as Londinium about 2000 years ago, The City has morphed into the financial heart of London and the world.

The City suffered many disasters over the years, including The Great Plague and The Great Fire of London and is filled with fascinating historical sites in every direction you look, including St. Paul’s Cathedral, The Monument and the nearby Tower of London.
Many museums are also dotted around this area.

Recommended Attractions in the City of London / Financial District area

Recommended Restaurants in the City of London / Financial District area

Recommended Hotels in the City of London / Financial District area